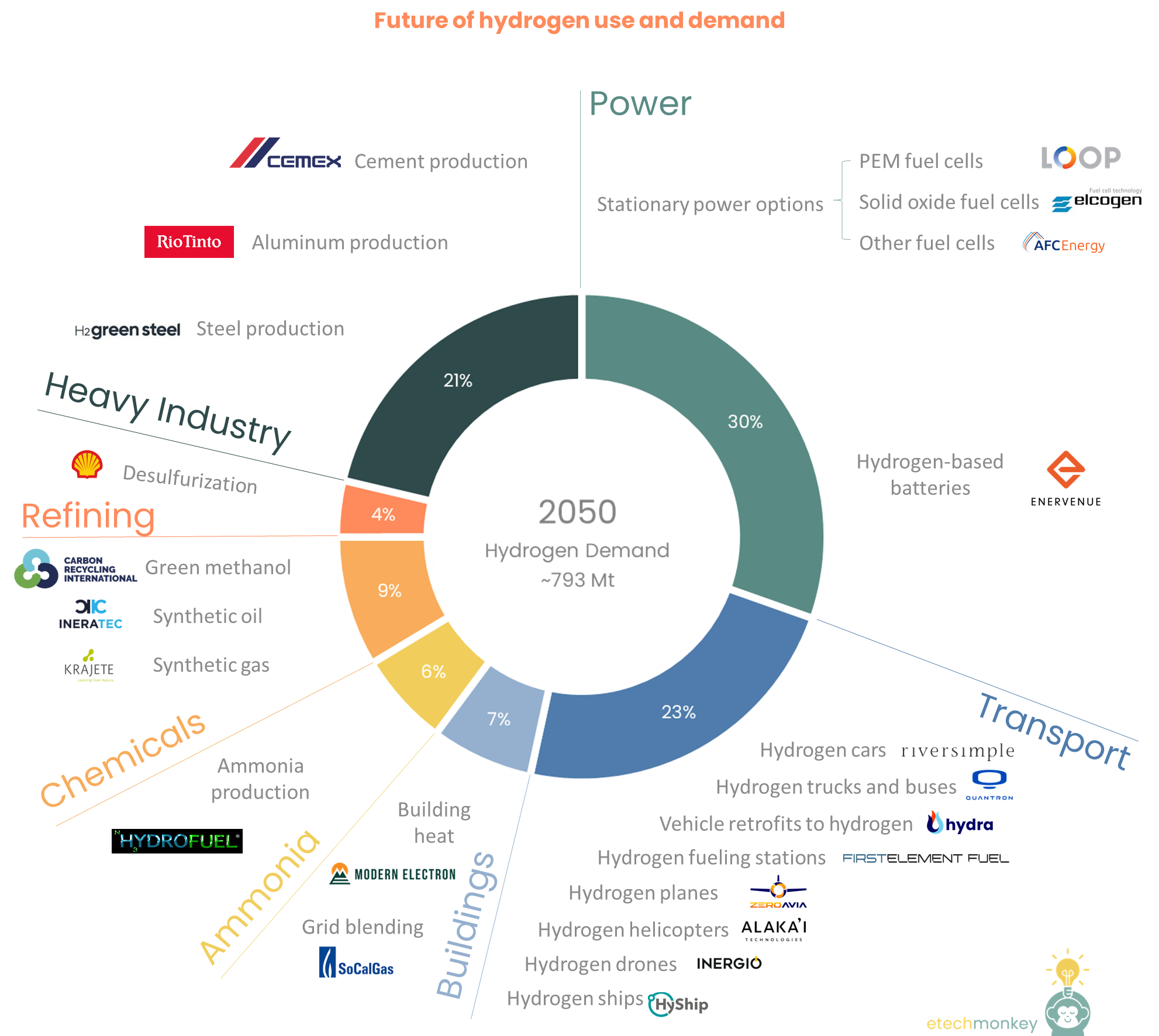 Now having discussed hydrogen production and logistics, the last piece of the puzzle is….hydrogen uses and demand!

Right now the hydrogen use chart is dominated heavily by industrial offtake – out of the combined ~75 Mt of pure hydrogen in the market in 2020, 37Mt was used for refining, 33 Mt for ammonia production, and the remaining 5 Mt for reducing iron for steel production. Including hydrogen in syngas adds another 15-20 Mt to the total, most of which is used in methanol production.

The future of the market is much more diversified…and much harder to predict. 2050 forecasts swing wildly depending on assumptions (e.g. BNEF’s Gray scenario predicts 190 Mt of hydrogen vs. 1,130 Mt in their Green scenario), but most seem to assume more than 500 Mt of hydrogen demand is necessary for a successful transition.

For simplicity purposes, I’ve averaged three sources (BNEF Green, IEA Net Zero by 2050, and Hydrogen Council’s 2050 forecast), which results in ~793 Mt of hydrogen demand. 75% of this demand comes from new uses: Power (30%), Transport (23%), and Heavy Industry (21%). The remaining quarter is made up of hydrogen offtake that largely exist in some form today (ammonia: 6%, chemicals: 9%, refining: 4%) in addition to building heat demand (7%).

(Note that these are not vetted or sorted. This is just a list I compiled of advertised hydrogen use methods from various companies):

To summarize, the future of hydrogen is massively EXCITING! It’s hard not to believe in a robust hydrogen market when faced with the different products under development today that will depend on cleaner sources of hydrogen in the future.