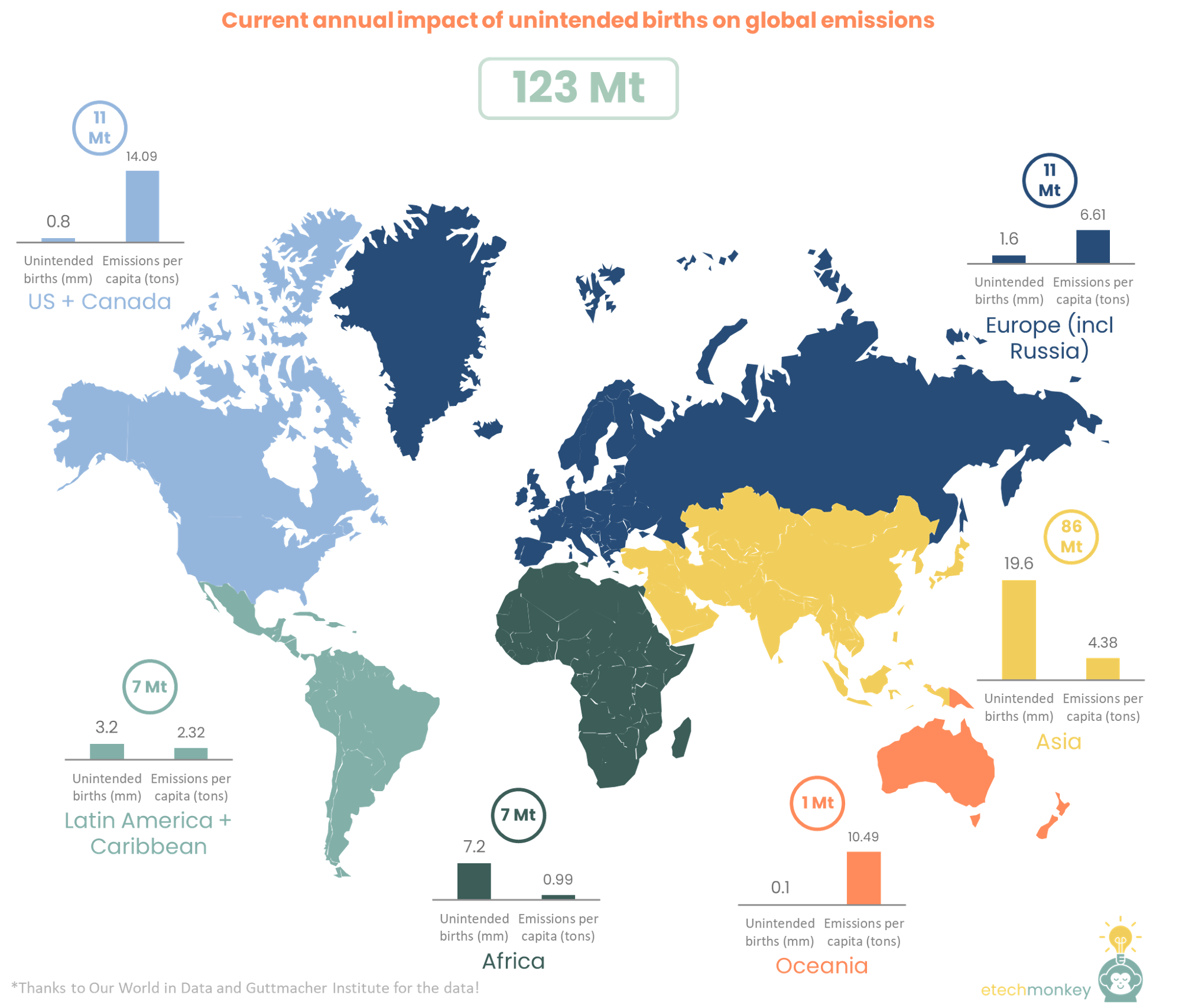 Taking a left turn here this week to talk about family planning and emissions.

The reversal of Roe vs. Wade was a huge event for American politics and threw the abortion debate back into the spotlight. 27% of voters now say that their candidate must share their views on abortion, a record high, while 16% or voters say abortion is not a major issue, a record low.

For most people, the abortion rights issue is a deeply personal one. Abortion is seen as an infringement on a personal belief system, a symbol of the government’s protection of a personal human right, or a personal healthcare need (almost a quarter of women in the US will experience an abortion sometime in their life). It’s a sensitive and divisive subject, one that’s most often discussed as a social issue or, in some cases, a women’s issue.

It’s not just a social issue though. Family planning has documented effects on other parts of society, including workforce demographics, poverty, economic growth, childhood education, and public health. Its presence or absence can drastically influence how societies grow longer term, which can color how systems that work around that growth should be built. Climatetech, I suspect, is one of those systems. I’m writing on this topic today to better understand how to think about family planning relative to our climate problem.

Here's what I found:

I think when I came into this topic, I had the notion (perhaps because I spent a lot of time with the Project Drawdown estimates from the last few weeks) that family planning would have a huge impact on emissions. But the reality is that while the numbers aren’t insignificant, they are modest compared to the potential impact of new technology solutions, especially ones that target our underlying industrial systems. We can use it as an effective solution, especially as it addresses other social and economic goals in parallel, but it definitely cannot be the focal point for an effective climate strategy.

Another point worth mentioning is that family planning has already come a long way, especially in developed nations where emissions per capita are highest. If we stop paying attention to family planning and let fertility rates run unchecked, there could be multiplicative effects on emissions far greater than that of developing nations. So it’s definitely something we need to make sure to maintain at sufficient levels to allow our emissions problem to not grow too large for us to handle (though many might say we’re already there).