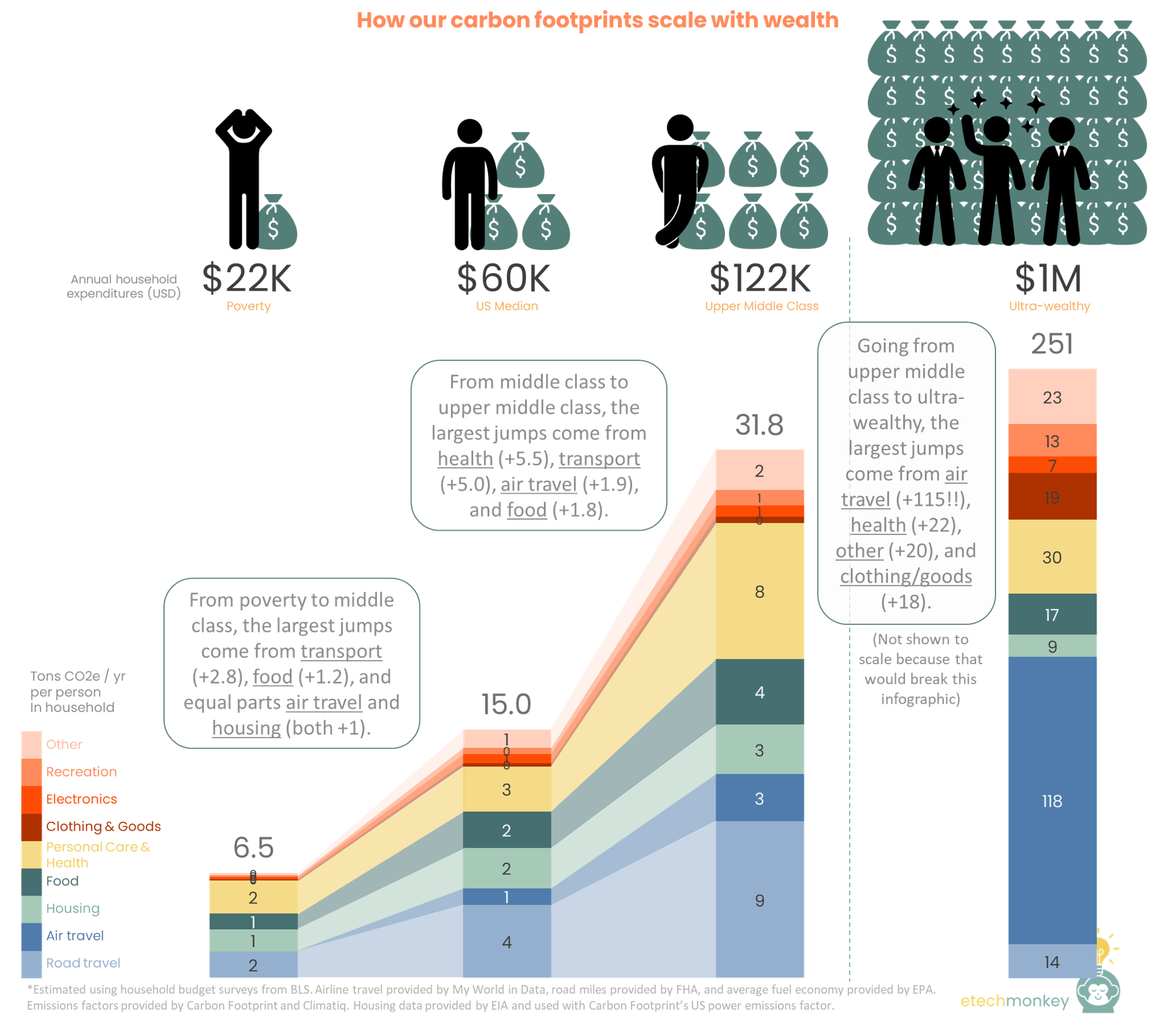 How our carbon footprints scale with wealth

As I’ve mentioned before, people with higher incomes have a much larger impact on the environment. Rich people eat more, fly more, buy more…the list goes on. We saw this last time with the different incomes and corresponding footprints across countries.

But when you hold in-country infrastructure and emissions factors constant, how does wealth really scale personal footprint? Understanding this can help us figure out:

This might also provide some firmer benchmarks for me in understanding where I personally land on the carbon footprint spectrum compared to my income peers (which, by the way, has dramatically shifted since I quit my investment banking job…).

Note: Very similar calcs as last time were used in this analysis but done just for the US and using BLS-anchored income brackets. The full methodology is detailed at the end of this post.

Here are the results:

Hope that was interesting and useful. I had fun with this one (especially combing through trashy articles to figure out how much celebrities spend).

The footprint profile for each socioeconomic class was calculated at the household level (because most of the spending data available was household spending not individual spending) and the divided by 2.5 people, the average number of people in a US household.

The household footprint was split into three different sections:

2 comments on “How our carbon footprints scale with wealth”