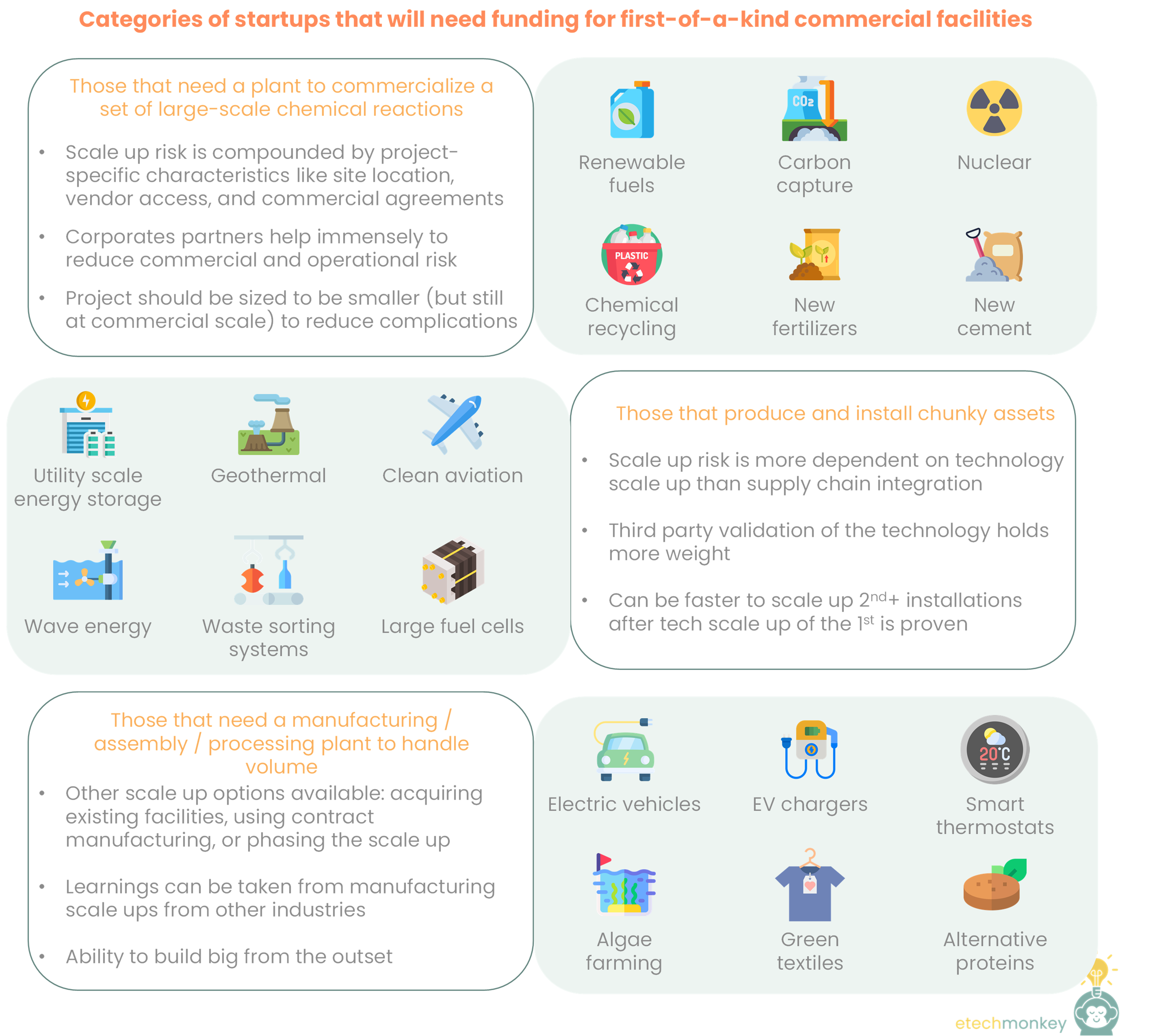 I went through the list of hard-tech climatetech technologies and think there's ultimately 3 types of startups that will need FOAK funding.

These categories aren’t necessarily mutually exclusive. A company that builds an automated waste sorting facility may also need a manufacturing facility for robots (see AMP Robotics). A company that that installs large flared gas-to-datacenter systems may also want to manufacture its data centers (see Crusoe). (By the way, these two were not included in last week’s list because their FOAKs were <$50mm.) But most startups that are still commercializing their technologies are only contemplating FOAK in one of the three categories.

So what’s the point in knowing these categories? Understanding which category a startup lands in when planning out a FOAK commercial project can help identify a peer group with a similar scale up risk profile. Perhaps there are milestones and timelines that can be informative for early stage project planning, best practices that can be used between companies in each category, or benchmarks that can be used to help pitch the project risk profile to investors. Since the universe of FOAK commercial is so limited in climatetech, being able to creatively find a peer group to help tell the story is more important than in other industries.

There are also different recommendations I would make for capital raising in each category:

Those that need a plant:

Those that need a large installation:

Those that need a manufacturing facility:

Would love to hear:

If you're a startup - does this framework make sense to you? Or is there another category that's missing? If you're looking for FOAK funding or thinking about your FOAK plans in the future, I would love to connect.

If you're an investor - are there different or additional recommendations you would give for each of these categories?

If you're part of a corporate - are you or have you contemplated the types of partnerships described above?