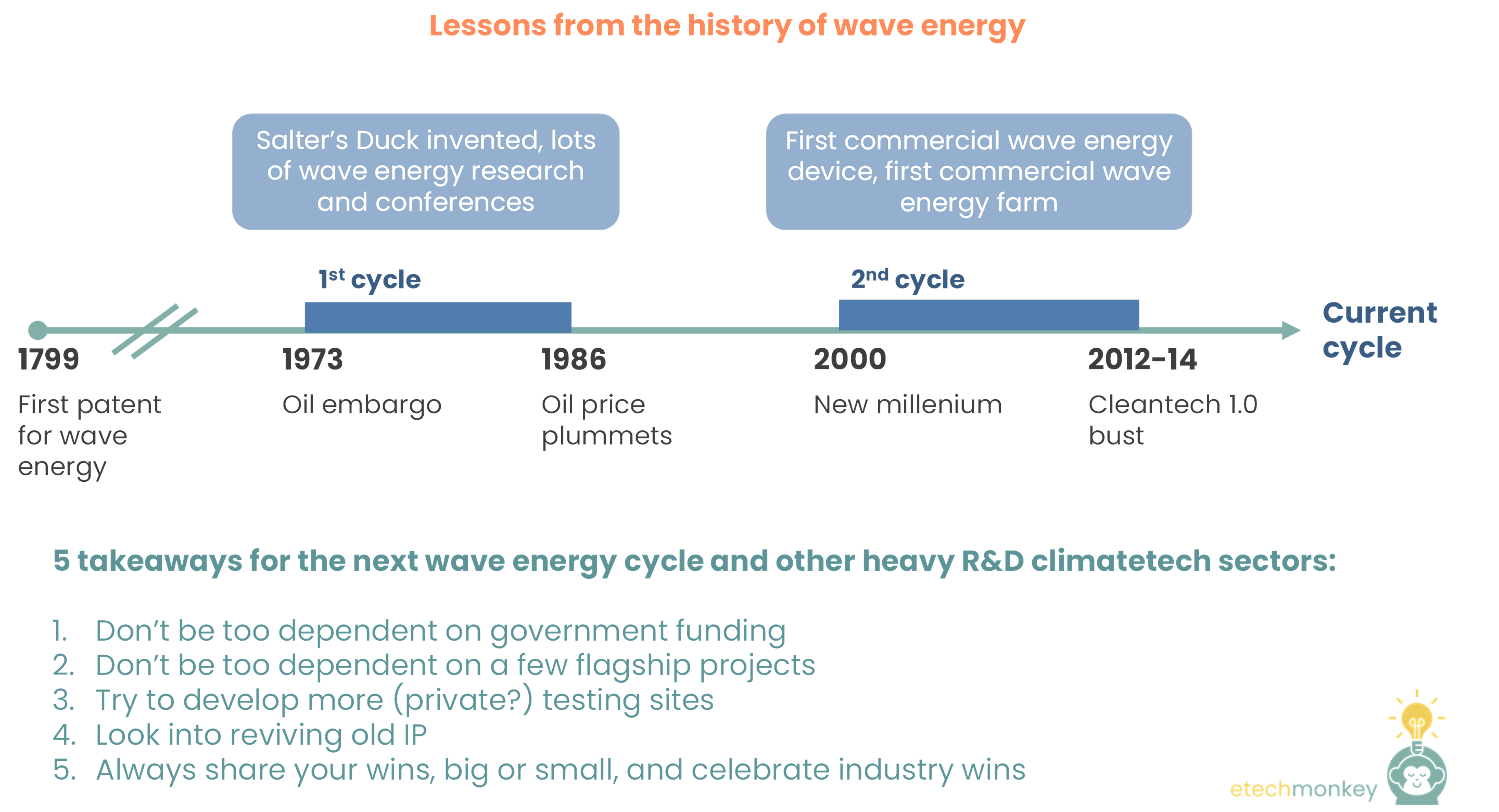 After looking at the breadth of ocean-based climate solutions last week and having a better understanding around the potential of the ocean, I thought it might be informative to look at wave energy more specifically.

Four things that are worth noting about the wave energy space:

These four characteristics of wave energy – the fact that the market is huge, the problem is hard, the technologies are diverse, and the history is long – make it an interesting case study for other hard tech climatetech spaces, especially those that are going through a similar Cambrian explosion of technology. There are lessons that we can take from looking at this area for not only the future of wave energy development but for the future of other climatetech sectors with a similar profile.

Here's what I observed:

Would love to hear if there are other lessons from those that lived and breathed this cycle or that have seen this play out in other sectors.